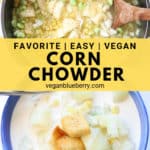 An all-time favorite, this easy Vegan Corn Chowder recipe comes together in 20 minutes or less!  The light, creamy soup base is filled with potatoes, onions, corn, and lima beans!  Flavored with dill, it's the perfect soup for any occasion! 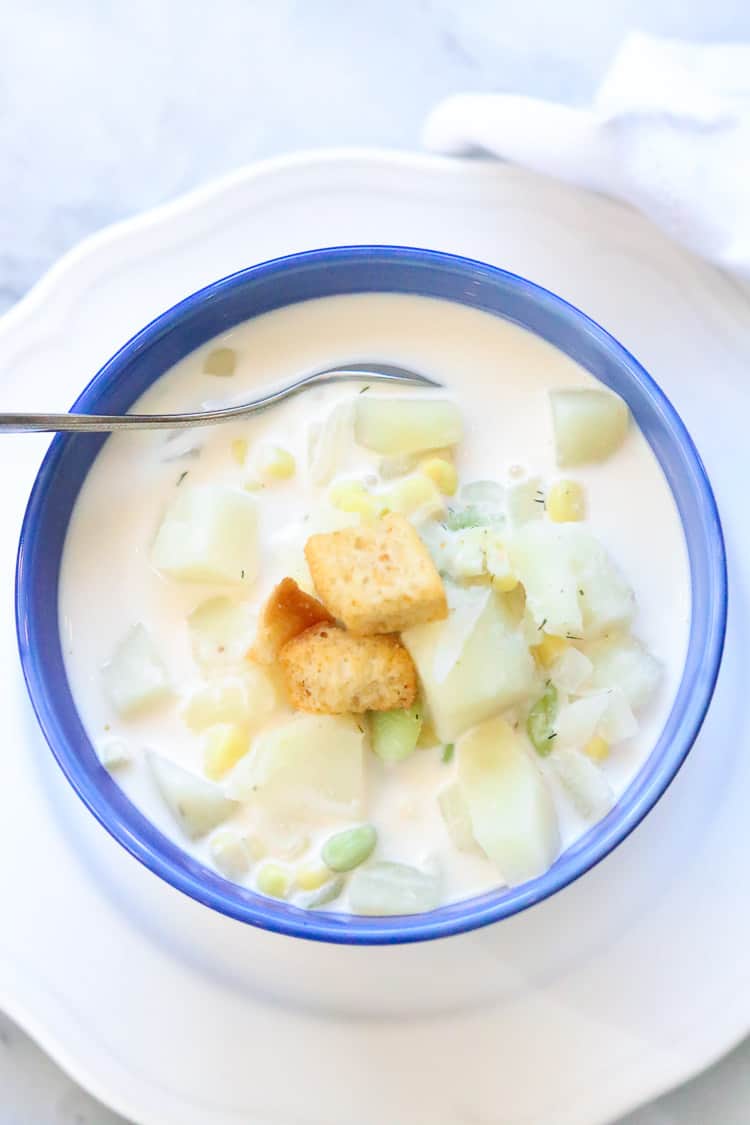 Start by scrubbing your potatoes.  (There's no need to peel them if you don't mind the skins!)  Dice potatoes into approximately ½ inch chunks.  Add diced onion, lima beans, and corn to a large stock pot with potatoes. 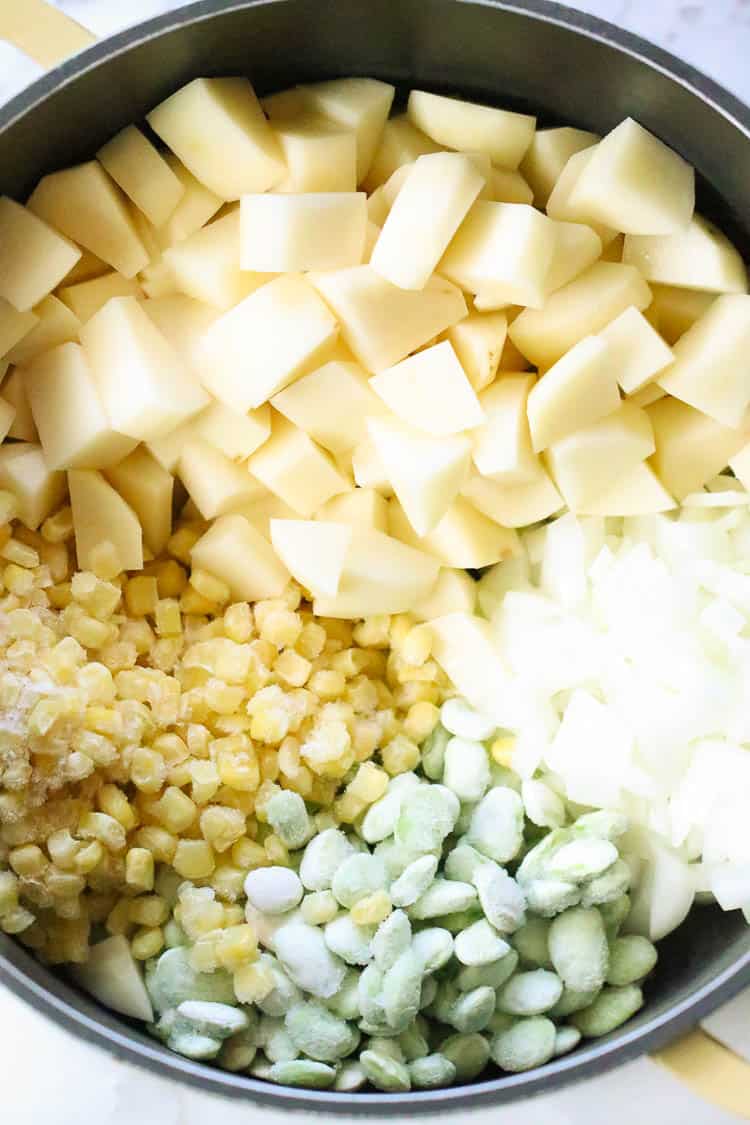 Pour water over all the vegetables. 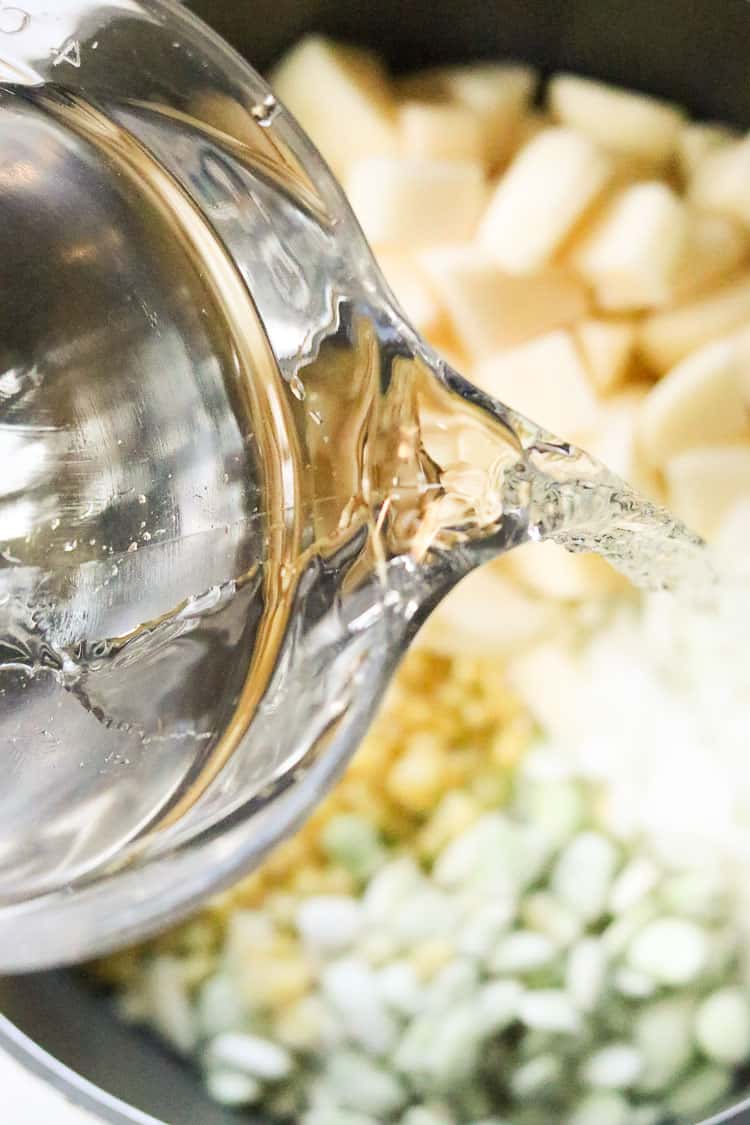 Add garlic powder, onion powder, dried dill, nutritional yeast flakes, and salt.  Stir to combine.  Bring to boil over medium heat without lid, then reduce heat and simmer with lid on for 10 minutes or until potatoes are just fork tender. 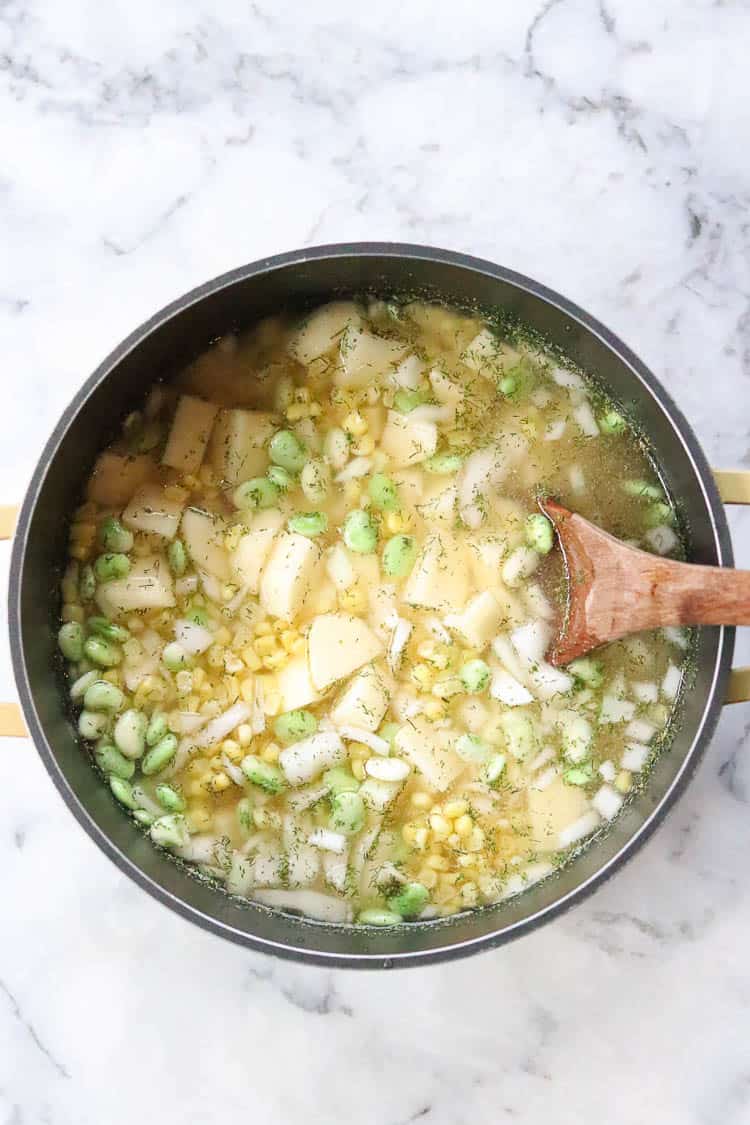 Once soup is finished cooking, remove from heat, add vegan mayonnaise and stir to combine. 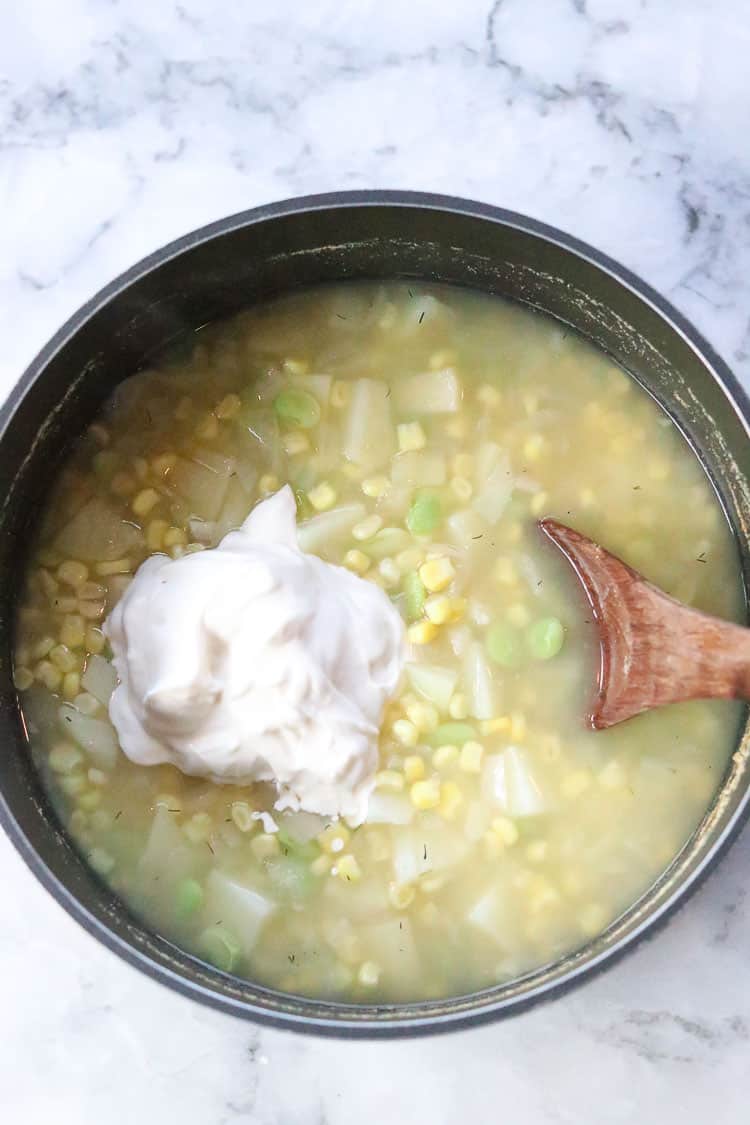 Taste test for salt, and add a dash of cayenne pepper (it doesn't add spice, just a little zip!) 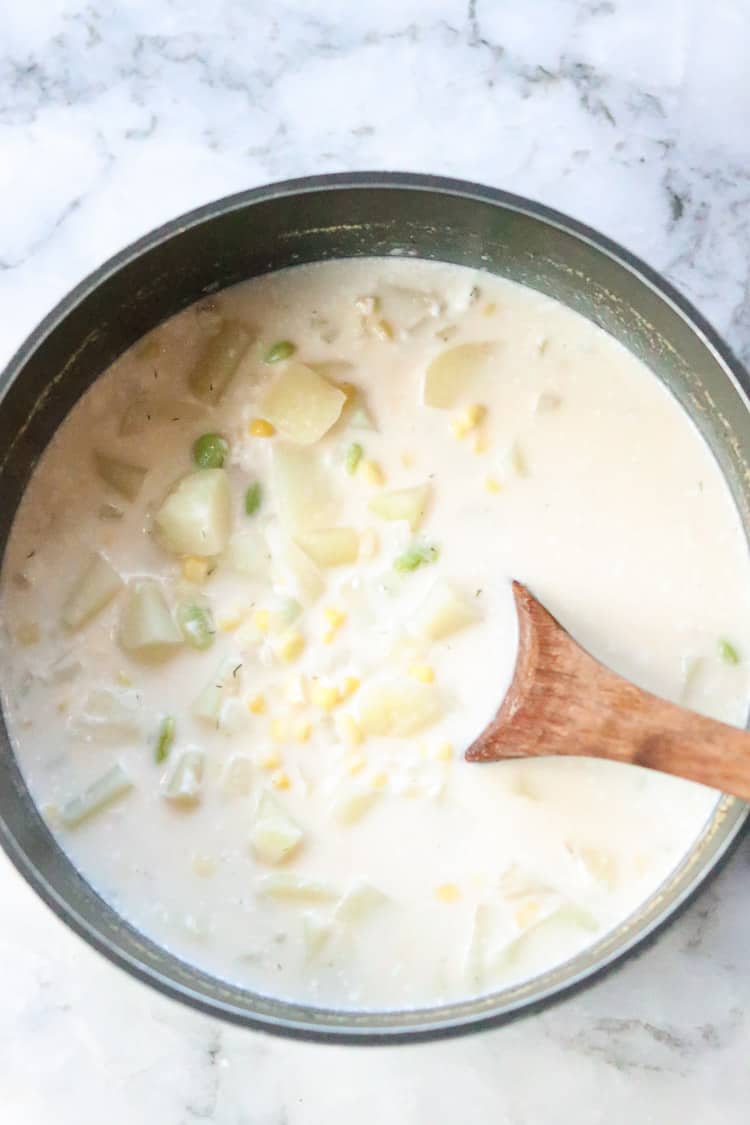 What kind of vegan mayonnaise should I use?

I usually make my own vegan mayo.  A store-bought one that I like is Chosen Vegan Mayo.

Can I make this Vegan Corn Chowder without oil?

Make this vegan corn chowder without oil by substituting the mayo with canned coconut milk or vegan sour cream. 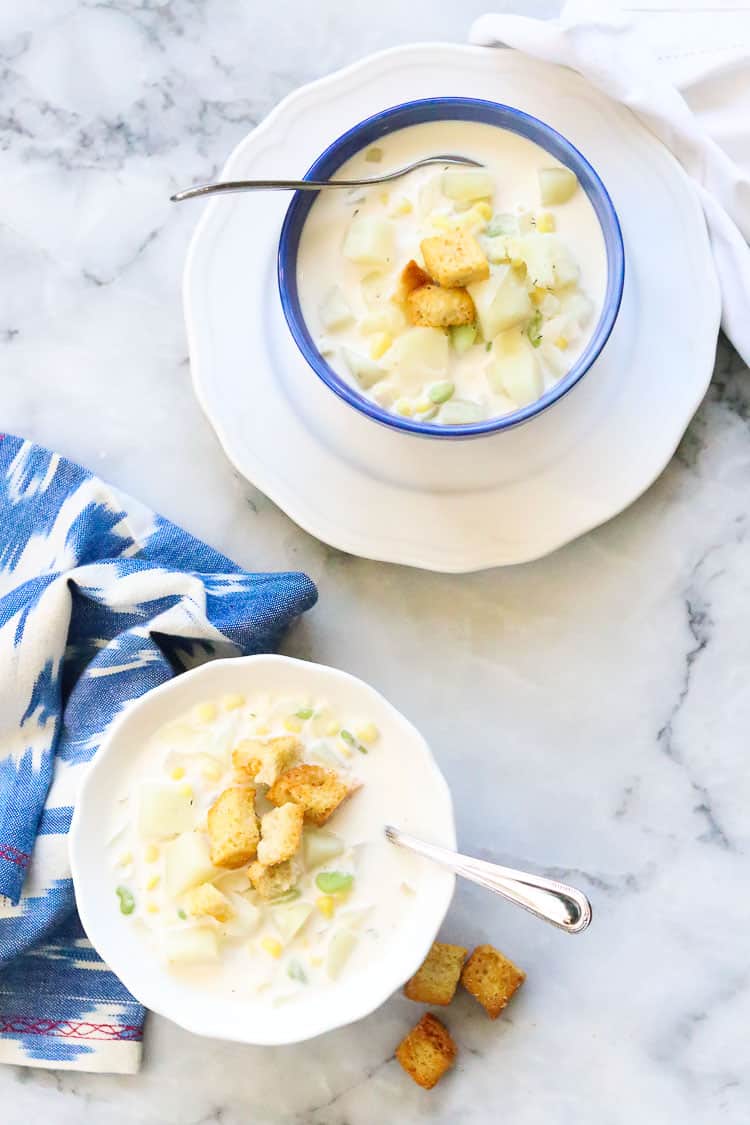 Refrigerate left-overs in a covered container for up to 5 days.  Warm on stove top on medium heat or in microwave for a minute or two.  Avoid reaching the boiling point to prevent curdled appearance. 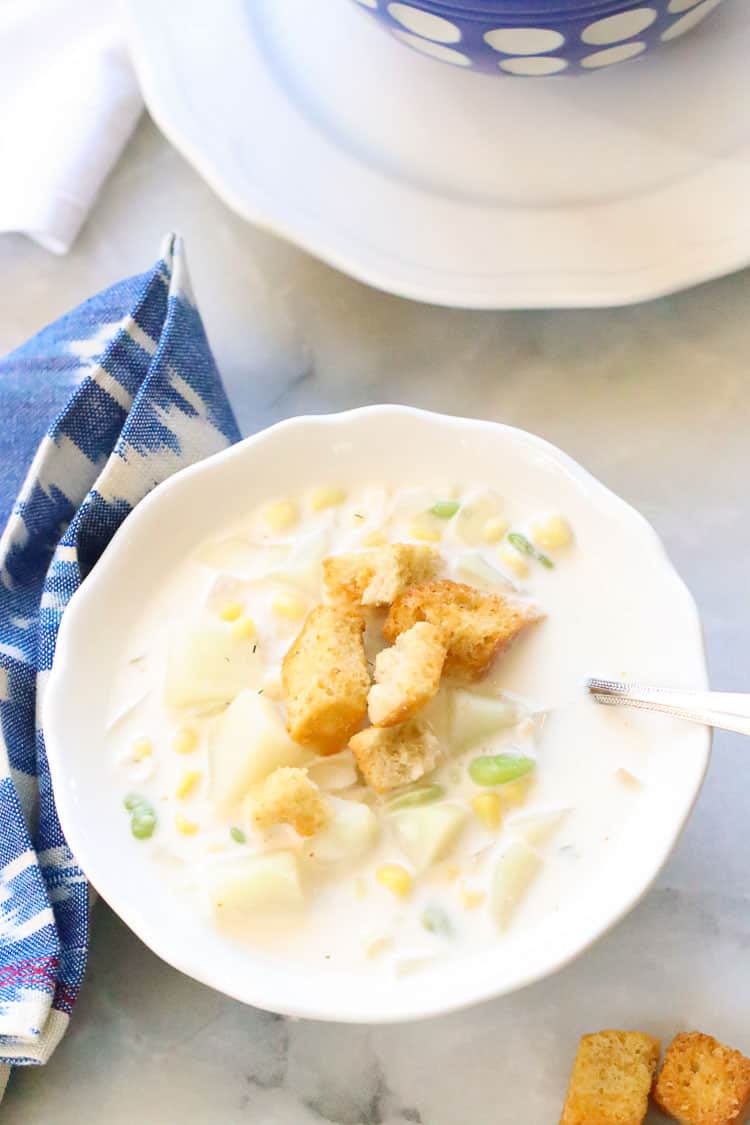 If you’ve tried this quick and tasty Vegan Corn Chowder recipe please let me know how you got on in the comments below, I LOVE hearing from you! You can also FOLLOW ME on FACEBOOK, INSTAGRAM and PINTEREST to see more delicious food!!!

DID YOU MAKE THIS RECIPE??  PLEASE CLICK ON THE STARS TO GIVE IT A RATING BELOW!! 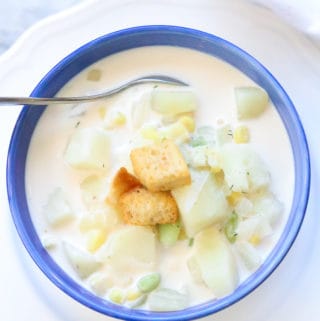 What kind of vegan Mayonnaise should I use?

You can make your own vegan mayo (that's my recipe and it's really good!) or you can use store-bought, such as Chosen Vegan Mayo.

Can I make this Vegan Corn Chowder without oil?

Make this vegan corn chowder without oil by substituting the mayo with canned coconut milk or vegan sour cream. 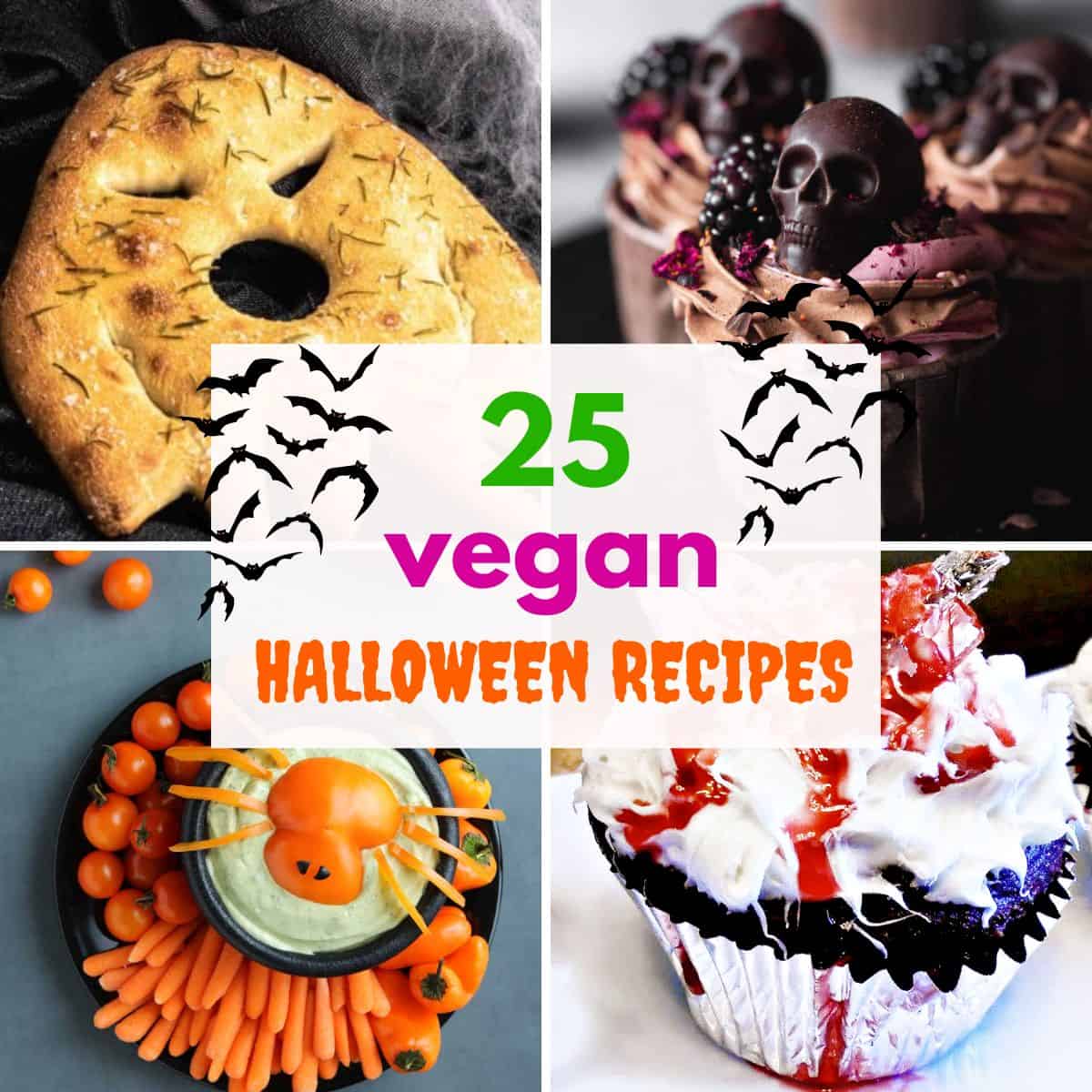 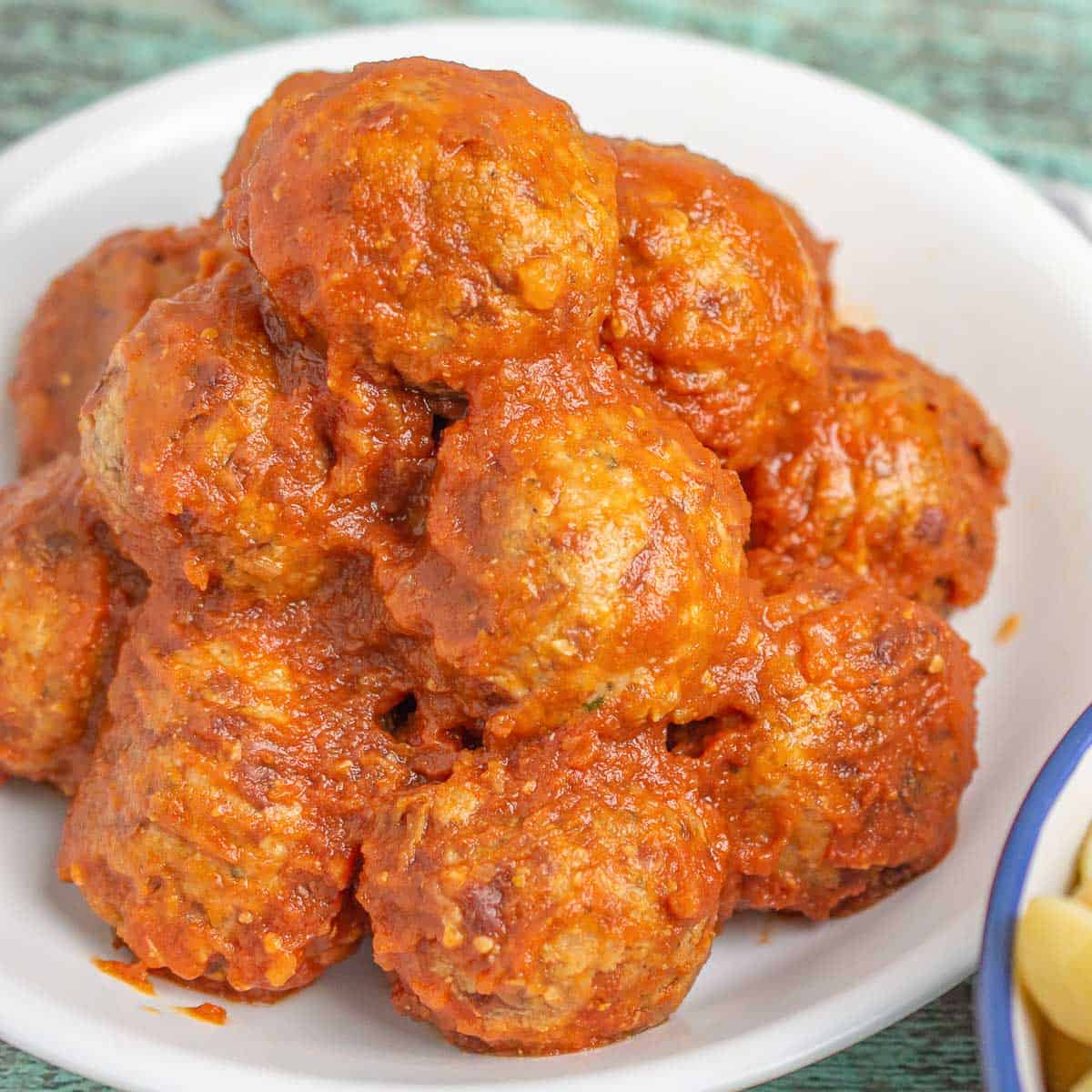 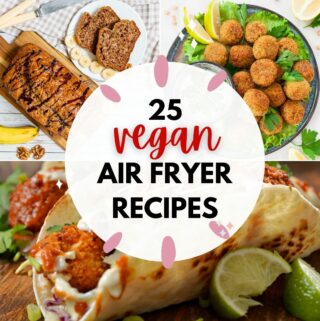